When we think about getting engaged and buying a ring for our partner, we often look at film and television for some inspiration. Over the last century, there have been many iconic proposals and engagement rings featured on screen, and they have inspired many jewellers around the globe to create similar looks for their customers who admired them. Here are some of the best engagement ring scenes from film and TV that most people have loved over the last few decades.

For everyone who watched Sex and The City when it was on TV, watching the films was a no brainer. And although the movies may not have lived up to the television series, they made a big impact on audiences when Big finally proposed to Carrie. If you are looking for something a bit different and untraditional, then you can’t go past the ring that Mr Big gives to Carrie in the film Sex and The City 2. Big gives Carrie a lovely round black diamond ring that is encased in smaller natural diamonds on a white gold band, which is just as unique as Carrie truly is. The ring is not only perfect for her, but it is a perfect symbol of both of them as a couple because they really stand out from the pack and don’t do what is expected of them.

Another unique engagement ring that we’ve seen on the big screen belongs to Kirsten Dunst’s Marie Antoinette who played the title role in the 2006 film of the same name. Marie Antoinette was the last queen of France before the French Revolution and the film explores the young and fun side to the infamous queen when she is first introduced to the royal family. The engagement ring is a yellow gold ring with a large light blue oval cut sapphire and a small rose-cut diamond on the side. It is the perfect mix of traditional and feminine, which is the essence of Marie’s style, making it the perfect ring for her character in the film.

Everyone loves the classic 90’s TV show Friends about a group of young mates who lived in New York. Monica and Chandler were one of the main couples in the show and their proposal and marriage story is something that captured the hearts of people across the globe. The episode that features the ring in question, ‘The One With The Ring’ follows the journey of Chandler, who is accompanied by pal Phoebe to find the perfect ring for his proposal to Monica. Of course, things do not go according to plan and hilarity ensues, but they eventually find the perfect ring for Monica after a few minor setbacks. The ring itself is a three-stone Tacori-style ring with a princess cut diamond at the centre, surrounded by two triangular sapphire side stones. It was classic and tasteful, while also being a bit different with the sapphires, which makes it perfect for Monica Gellar.

If you are looking for the best engagement ring scene in a film, it is hard to forget Baz Lurhman’s spectacular film, The Great Gatsby. The scene in question is when we first meet Daisy Buchanan, the rich and beautiful cousin of the protagonist Nick Carraway. Daisy is married to Tom, who is said to be ‘America’s Wealthiest Bachelor’ who treats her terribly and tries to buy her love with fancy objects like her engagement ring. And although this union between Daisy and Tom is constantly on the rock throughout the film, the engagement ring is absolutely iconic and a site to behold. The ring was made by Tiffany and Co. and retails for almost $4 million due to the magnanimity of the ring as a whole. It features a large, cushion-cut diamond in the center, surrounded by smaller stones in a pave style design. This ring is the perfect nod to the trends that were emerging during this time as the film is set in 1922, so there are elements of Art Deco style in all of the jewelry featured in the film.

When we think about proposals in films and on TV we often forget about the amazing LGBTIQ couples that have proposed to each other on-screen. One of the best and most-loved same-sex couples that have appeared on television are David Rose and Patrick Brewer of Schitt’s Creek. Patrick proposed to David with a set of stackable, gold rings to replace his trade-mark silver rings of the same style. Unlike the other couples mentioned in this article, these two opt for rings without a stone in them, as it is more suited to their own style. So if you are looking for something a bit more subtle you can always opt for an engagement ring that is less traditional.

There are many great engagement rings that we have seen on screen, with many notable pieces popping up over the last two decades. If you are looking for the perfect engagement ring and your partner is an avid watcher of films and TV shows, you should consider buying a ring similar to one of these listed. Larsen’s Jewellery in Melbourne are specialists at recreating your favorite engagement rings from films and television, so you can give your loved-one the ring that they really want that has a great story attached to it. 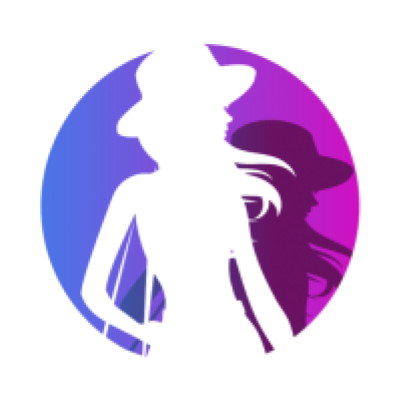 How to Pack Your Fashion Wardrobe for Storage

How Do You Tell If A Product Is Cruelty-Free?

Easy Tricks to Plan and Prepare for the Upcoming Holiday Festivities

Which Of These 5 Fashion Styles Suits You Best?

Summer Outfits: How to Pull Off Wearing Bright Colors